Another Day, Another Book

The fight goes on. 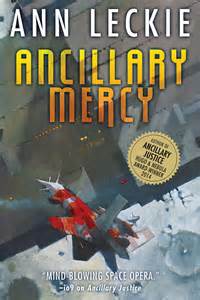 If you haven’t read books 1&2, this one will make very little sense.

A new character is introduced, possibly for comic relief. There is a representative from an important alien species. She (everyone in this book is ‘she’, including grandpa)is a human raised by aliens, and she considers herself interchangeable with the previous representative, who was killed.  Furthermore, Miss Comic eats everything and anything, and the results are weird – for what reason?  There’s no plot-point in this, it’s just weirdness for weirdness sake.

Another wonderful start has started to fizzle. I still plan to read the next book.